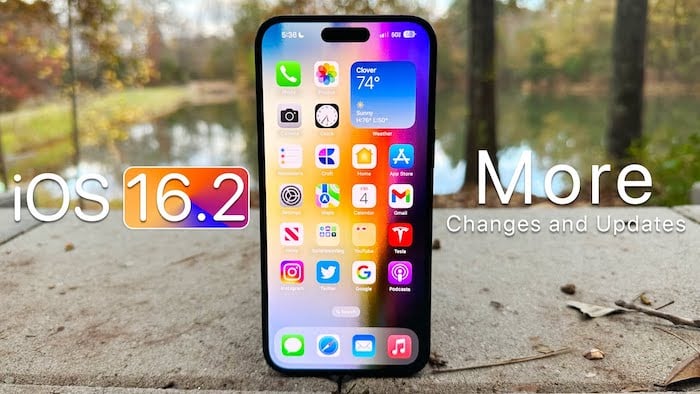 Apple released the first iOS 16.2 beta about two weeks ago, we previously saw a video of the software in action and now we have another one.

The latest video from Zollotech gives us a look at the new iOS 16.2 software update and some of its features.

As we can see from the video, there are a bunch of new iPhone features with this software, including some new features of the Weather app on iPhone.

There are also some changes to the TV app in the premium section, and there’s also the new Freeform app designed to be a cross-platform collaboration app.

This new Freeform app is designed to be used for drawing, adding notes, sketching, and more, and it works with iPhone, iPad, and Mac devices. This update also includes a bunch of bug fixes and performance improvements for the iPhone.

Apple is expected to release the second beta of iOS 16.2 this week, and we expect to release the final version of the software around mid-December. As of now we don’t have an exact release date for the update, all we know is that it will be released before the end of the year.