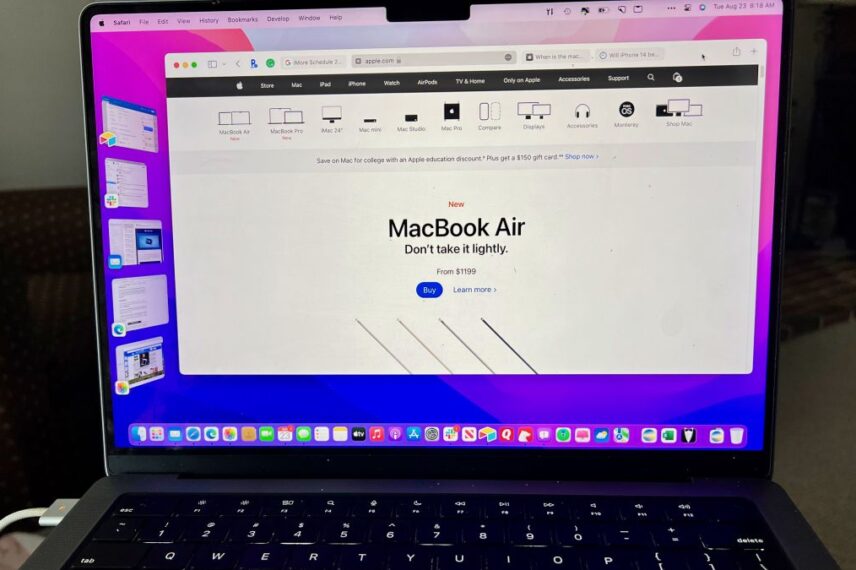 At this year’s Worldwide Developers Conference (WWDC), Apple introduced macOS 13 Ventura. The new version behind macOS 12 Monterey brings many new and updated features that bring your Mac experience closer to iOS/iPadOS. Currently available for beta testers only, macOS 13 Ventura will work on most Macs released within the past five years. The free update should be open to the public in October.

Apple occasionally offers updates to iOS, iPadOS, watchOS, tvOS, and macOS as closed developer previews or public betas. (Opens in a new tab). While beta versions contain new features, they also contain pre-release bugs that can prevent normal use of your iPhone, iPad, Apple Watch, Apple TV, or Mac, and are not intended for everyday use on the primary device. That’s why we highly recommend staying away from developer previews unless you need them for software development, and using public betas with caution. If you depend on your hardware, wait for the final version.

Apple’s macOS 13 Ventura isn’t as significant an update as macOS 11 Big Sur, although it’s more comprehensive than macOS 12 Monterey in terms of new and updated features. But, as our early preview showed, there’s something for everyone in Ventura.

Also announced in iPadOS 16, Stage Manager provides a new way to organize the windows of open apps on your Mac. It does this by keeping the current window in the center of the screen while placing the other open windows on the left side as small icons. You can move between open windows easily. You can also group open windows based on specific tasks or projects.

When Stage Manager was first announced, there was a lot of debate about which iPads would support it (only select iPad Pro models). Fortunately, there is no similar problem on Mac. If your computer supports macOS 13 Ventura (see below), it will work with Stage Manager.

The webcam on your Mac gets a whole new look in macOS 13 Ventura. With the power of continuity, your iPhone camera can act as your Mac’s webcam. With FaceTime and other camera apps, you can bring innovative new features to all your Macs, including Center Stage, Portrait, Studio Light, and more.

In addition, third-party accessory makers like Belkin are currently designing stands so you can place your iPhone on top of your Mac. It will arrive this fall along with the macOS update.

In macOS 13 Ventura, Apple is finally Adding features that some third-party mail apps have had for a long time. These include the ability to unsend and schedule emails, among other new offerings. With the former, you can unsend an email within 10 seconds of sending it for the first time. This feature gives you some time to return an embarrassing or incorrect email. The latter makes it possible to schedule emails, so that they go out at a more convenient time.

The Mail app in macOS 13 Ventura also adds the ability to get reminders to follow up or come back to a message later and rich links, which give emails more content and details at a glance. Mail will also alert you when you forget to include an attachment or a recipient. There is also a smarter search engine.

In macOS 13 Ventura, System Preferences has been replaced by System Settings. With the name change comes a redesign that should look very similar; System settings on a Mac have a sidebar layout like the one on the iPad.

Passwords may be a thing of the past, thanks to passkeys. Available in Safari, Passkeys introduces a new login method that provides end-to-end encryption to thwart phishing and data leaks. Apple says Passkeys is more powerful than two-factor authentication and will work on Macs and even non-Apple devices.

Safari also picks groups of shared tabs. With these tabs, you can share Safari tabs, bookmarks, send messages, and start FaceTime right from the app.

It looks like Apple tweaks Spotlight, the Mac’s built-in search tool, every year. In macOS 13 Ventura, the Spotlight changes focus primarily on improved image search, although other changes look promising as well. The updated Spotlight tool makes it possible to find images in Safari, Photos, Messages, Notes, and Finder. With Live Text, you can also find images by any text that may be included in the image.

As with Mail, you now have the ability to unsend iMessages in the Messages app. You can also edit messages already sent. They both have 15 minutes to do so. Apple is also bringing SharePlay to Messages so you can watch TV shows or listen to music with others directly from this app. Other collaboration tools are also set to access messages this fall.

We can already share photos with others. However, these photos are eventually stored in your existing iCloud Photo Library. With the all-new iCloud Shared Photo Library feature, content is completely separate from other photo libraries, and members (up to six) can view, add, and manage content at will. The Photos app will also suggest which photos to share with others based on what’s already there.

In the past year, Apple made big changes to FaceTime, including SharePlay. In macOS 13 Ventura, there’s only one new feature in FaceTime, yet it’s a pretty big one. Thanks to Handoff, you can now transfer a FaceTime call from one device to another with a single click. So, for example, you can start a call on your Mac but later transfer it to your iPhone and vice versa.

The company also locks hidden and recently deleted photo albums by default. To unlock these, you’ll need to use your Mac’s authentication method: Touch ID or Password.

In terms of accessibility, Apple offers Live Captions that converts audio to text in real time. There is also a dictation mode for voice control and a companion console. The latter allows you to combine two game controllers so that someone can help you while playing your favorite games.

There are additional features in macOS 13 Ventura that have not received much attention. Among them:

As in previous years, some Mac features announced at WWDC will not be released with the rest of macOS 13 Ventura. Instead, their release will be delayed until the end of 2022 or later.

One of the most promising new features set to (eventually) arrive with macOS 13 Ventura is Freeform. Think of Freeform as an easy-to-share digital board where groups can plan projects, sketch new products, and insert web links, documents, video, and audio. It also launched with iPadOS 16, and Apple Freeform described it as a place to “bring ideas to life”.

Apple plans to introduce SharePlay support in Game Center. When you do this, you can automatically start playing with friends on a FaceTime call.

My Mac is old. Can I upgrade to macOS 13 Ventura?

The macOS 13 Ventura update will work on the following devices:

If your Mac doesn’t support macOS Ventura, you might consider buying one of our favorite Macs, including the 2022 MacBook Air.

When is it launched?

The public will get macOS 13 Ventura this fall. Most likely, this will be sometime in October.

Developers can download macOS Ventura for free on any supported Mac from the Apple Support page. You can also become a member of the Apple Beta Software Program and begin testing the update as a non-developer.