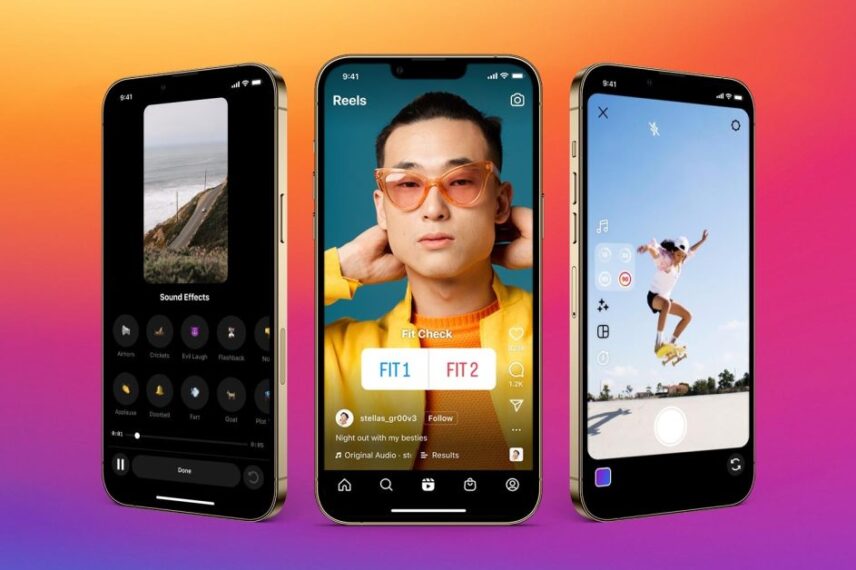 Meta on Tuesday announced some new features coming to Facebook and Instagram users as the company focuses on competing with TikTok. In addition to a new way to create Reels using previously shared Stories, Instagram users can now post Reels to Facebook.

The company makes it easier for creators to reach a larger audience with Reels by allowing them to share the same content on both Instagram and Facebook (via Engadget). In this way, users can take advantage of the monetization programs offered by both platforms. It’s worth noting that the Reels feature became available globally on Facebook earlier this year.

But this is just one of the new features coming to Meta Social Networks. On Facebook, creators can now create Reels using Stories they’ve already shared. So now it’s easier than ever to create reels with your favorite memories.

Another change coming soon to Instagram and Facebook Reels is the addition of the “Add Yours” sticker which has become very popular on Instagram Stories. This sticker allows users to create a new story from a direction with just one click, and this same experience will now be available in Reels as well. This, of course, should motivate more users to create their own reels.

For those unfamiliar, Reels is basically a Facebook and Instagram alternative to TikTok. Creators can share short, vertical videos with original audio, music, and filters. Most recently, Facebook announced the end of its “Live Shopping” platform in favor of Reels.

Meta says these features are now being rolled out to users around the world. So if you don’t see it on your social networks yet, wait a bit.

A few weeks ago, Instagram head Adam Mosseri shared a video in which he admitted that Instagram is more focused on video than ever. However, this infuriated a lot of people – leading influencers Kylie Jenner and Kim Kardashian to speak out against the move to make Instagram more like TikTok.

Instagram then said it would be reversing some of the controversial changes it recently announced. This includes a new full screen design for the TikTok-inspired feed. Instagram users were also unhappy with the algorithm showing more suggested content than the accounts they follow.

Unfortunately, Mosseri said the company is still studying ways to change the way Instagram works, meaning those changes may come back in the future.