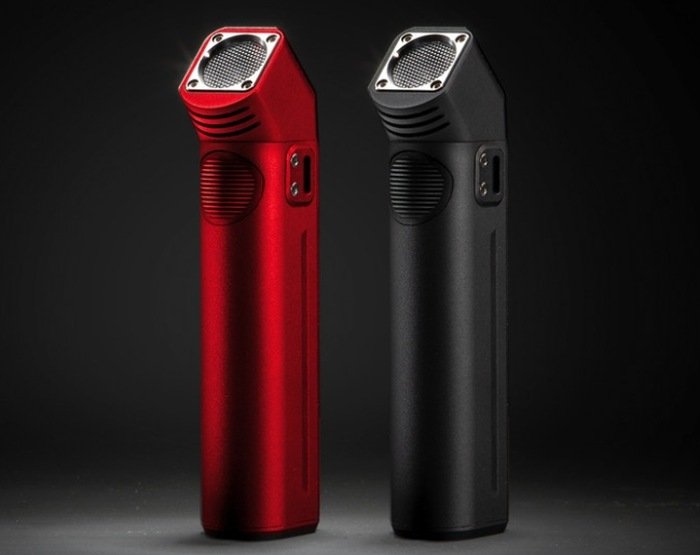 Darkfade is a new take on the traditional flashlight that offers a number of useful features such as easy USB-C charging, adjustable brightness, and more. Launched via Kickstarter, the project has already raised over $250,000 thanks to over 1,500 backers with 25 days left. Early pledges are now available for the innovative project from around $132 or £110 (According to current exchange rates).

“We chose the best LED we could get our hands on (from SAMSUNG) but we didn’t stop there. We designed a lens made up of 200 microlensing together. This makes the softest light imaginable. Other flashlights, to be able to tell the distance the light is going On the box, use a dirty old trick to focus the light of the beam right in the middle. This allows them to write that the beam of lights goes incredibly far. What they don’t tell you is that it’s absolutely horrible.” Assuming that Darkfade’s funding campaign successfully raises the requested pledge target and that the project progresses smoothly, worldwide shipping is expected sometime in April 2023. To learn more about the Darkfade Flashlight project, see the promotional video below.

“Having a super-bright central beam is not only annoying to look at but also incredibly useless! We chose to have a beam of near perfection that is always usable and a pleasure to look at. There are no strange artifacts and the beam is smooth and gentle from side to side.” Our goal is not just to turn on the light, it is to extinguish the darkness!”

“The charger is in DARKFADE. Yes, it’s more expensive to produce it this way but you can charge it with just about any USB-C cable! The same cable and charger you’re already charging your phone with (hey Apple, we love you, but…), so find a way to charge DARKFADE or keep charging anywhere you want. Battery is low but you’re not quite done. It’s easy to think, I just plug it in and use it wired like the old times!”

For a complete list of all available support options, extended objectives, additional modes and flashlight engineering specifications, go to the official Darkfade funding campaign page by visiting the link below.