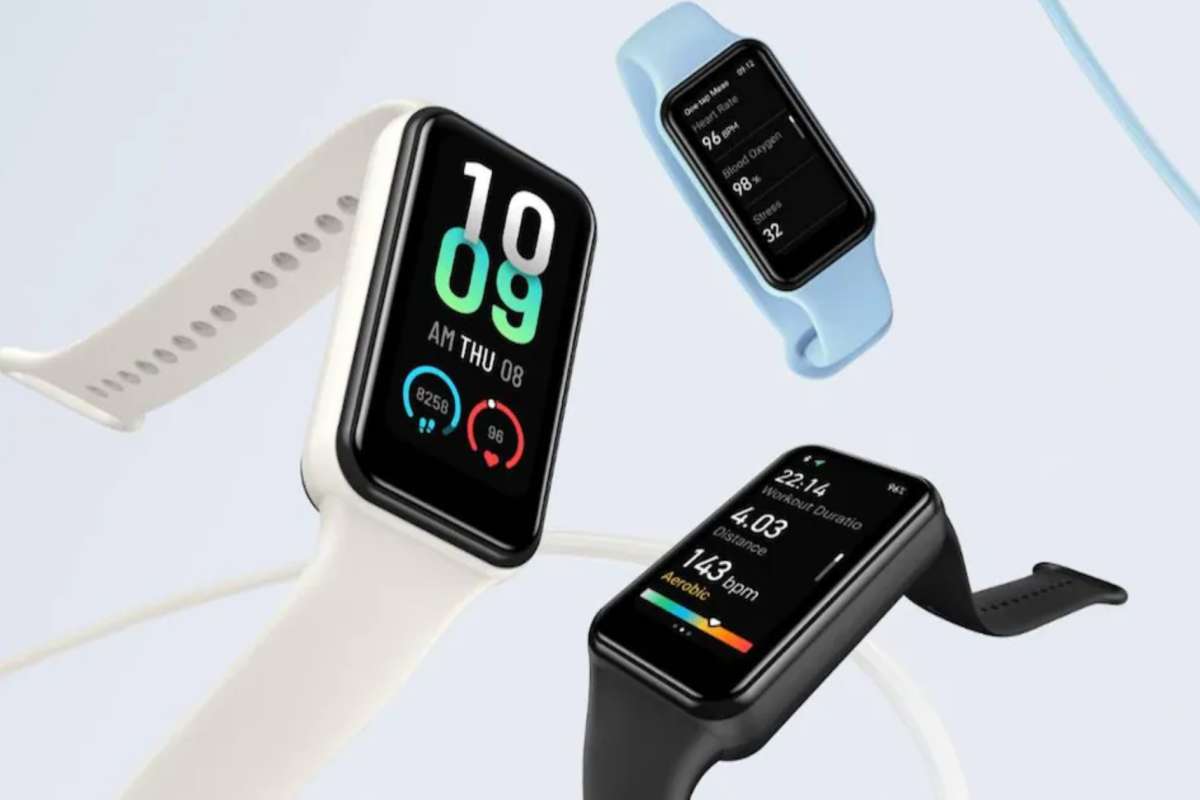 Amazfit recently debuted the Amazfit Band 7 with more than 120 sport modes. Recently released Xiaomi Mi Band 7 Pro similar to wear from Amazfit. However, the Amazfit Band 7 does not have built-in GPS functions, unlike the Xiaomi Mi Band 7 Pro. A 1.47-inch HD AMOLED display, blood oxygen sensor, heart rate, built-in Amazon Alexa, and more are included with the recently released wearable. With normal use, the wearable is said to last up to 18 days and in battery saver mode, up to 28 days.

The 1.47-inch HD AMOLED display on the Amazfit Band 7 has a resolution of 198 x 368 pixels and a density of 282 ppi. Zepp OS is included with the wearable. The battery life is 18 days with regular use. In addition, the battery life is 28 days when the power saving mode is active. The wearable is said to have eight adjustable watch faces in addition to more than 50 watch faces. It also has 120 different sports modes.

Additionally, Bluetooth pairing is an option for the Amazfit Band 7. This works with both iOS and Android devices. The wearable device can be connected to Apple phones running iOS 12.0 and later or compatible Android devices. It also includes Amazon Alexa voice assistance capabilities built right in.

Sedentary reminder, find my phone, alarm clock, stopwatch, do not disturb mode, phone call notifications, SMS notifications, and more are included in the add-ons of Amazfit Band 7. In addition, it has the ExerSense algorithm, which intelligently recognizes actions such as Walking, jogging, using an elliptical machine, and rowing. The Amazfit Band 7 weighs 28 grams and has a 5 ATM water resistance certification.

The Amazfit Band 7 costs $49.99 (about 3,650 rupees) and can be ordered through the company’s website. However, it is not currently offered in the market in India. Additionally, there is no word yet regarding the introduction of wearables in India.

However, Amazfit will offer customers the opportunity to purchase wearables in beige and black colors, as well as an additional variety of strap color options in blue, green, orange and pink.